Attractions, Interesting, Rostov the Great, Russia
3 weeks ago by Vladislav
0 0 0

Photos of the sights of Rostov you bring with you without fail, if you have ever been there. There’s a place to see, and there’s room for great shots. The city itself lies in the Yaroslavl region, is its district center, and also one of the oldest cities in the whole country. Its chronology dates back to the distant 862.

Every lover of Russian history is obliged to visit this place, but tourists and vacationers also do not hurt. The number of ancient cultural monuments in the city is truly huge. There are 326 of them there, and a third of this magnificent mass are monuments of federal significance.

The town of Rostov is so popular that it was included in the famous tourist program “Golden Ring of Russia”. This is a long and exciting journey through the most important historical points of the country, where literally every street is imbued with the spirit of antiquity. Let us dwell in more detail on Rostov, and consider its main assets separately.

One of the most remarkable assets of Rostov is the Rostov Kremlin,located immediately in its center. This is a complex of temples and other buildings belonging to different historical eras. The name of the master who had a hand in creating church beauties has been preserved. His name was Pyotr Dossayev, and he was an unsurpassed mason.

In addition to temples, the complex includes residential buildings and individual architectural monuments, such as the Holy Gate. In total, the Rostov Kremlin consists of fourteen key objects. The main one is the Assumption Cathedral, and there are also churches: the Gate of the Resurrection, St. John the Theologian, Hodigitria, the Savior on the Seni, Gregory the Theologian.

Inside, the temples are decorated with paintings, and how many ancient relics are stored here! In addition to churches and temples, tourists can see the so-called White Chambers and towers of the Kremlin. Everyone is obliged to visit these holy places, no matter who comes to Rostov, because this is the spiritual heart of the city.

“These are the very places from the movie “Ivan Vasilyevich changes his profession”!”.

The beautiful Lake Nero has a beautiful legend. It is said that one of the travelers who were looking for Rostov,passed by the lake, lost, in his hearts he wanted to shout that this was not Rostov, but was struck by the arrow of a robber. So it’s like, “It’s not Ro…”

The shores of the vast reservoir are overgrown with reeds, and look picturesque. Approaching them, you feel as if you were in an old Russian fairy tale. There are enough animals around. There are ducks, sheep, moose and wild boars. And of course, the fish in the lake are full. Fans of throwing a fishing rod should visit it without fail.

Wooded shores are different from the sea beach, people come here for a quiet rest. Although no one bothers to play volleyball. Having a picnic, enjoying the clean air and beautiful views – the most it. Lake Nero is adjacent to the Rostov Kremlin, so it will be easy to find it. Nearby is the Spaso-Yakovlevsky Monastery.

“It’s been a long time since I’ve had such a good catch. Now I want to arrange ice fishing in the winter.”

The male Orthodox Spaso-Yakovlevsky Monastery stands on the shore of Lake Nero, in the southwestern part of Rostov. It was founded personally by Bishop Jacob in 1398. The original buildings were wooden, so they have not survived to this day. But stone walls were erected in the same places. Now the monastery includes three temples lined up in a line – Zachatievsky and Dmitrevsky cathedrals, as well as the Yakovlev Church.

Zachatievsky Cathedral is characterized by its frescoes covering its vaults and walls. In Dmitrevsky there are paintings and stucco, and the iconostasis is made in the form of a triumphal arch. As for the church, its decoration is much simpler, but the three-tiered bell tower stands out. The area is surrounded by walls and four towers. To appreciate the Spaso-Yakovlevsky Monastery, it is not necessary to be a monk. Everyone can admire its beauty.

“We caught the evening service, listened to the bells, collected holy water from the spring – beauty.”

Almost every museum you can find is dedicated to things and real people. But there are exceptions. The Museum of the Frog Princess glorifies the fairy-tale character, known to everyone since childhood. It is located next to a guest house of similar name, on Leninskaya Street.

The owners of the museum assure that the same enchanted princess spent no more than three years in the swamps of Lake Nero. Bewitched by the terrible Koshoe, she lanished in anticipation of her savior. Now the memories of these misadventures evoke the colorful exposition of the museum. There are thematic paintings and a great many dolls, crafts, figurines. All of them depict fairy-tale heroes.

Inside you will be offered not only to watch, but also to become a participant in an interactive game. It will be especially interesting for children, who are the main visitors of the unusual exhibition. Come with the whole family to remember your favorite fairy tales.

“I took a bow, tried myself as a shooter. Accuracy is so-so, but the impressions are good. Everything is done on conscience.”

Another monastery for men is located at the exit from Rostov,on the way to Uglich. From the station there are buses. Its temples were built before the reign of Peter. The Grand Dukes of Moscow and the first Russian tsars considered it their “home” shrine.

Borisoglebsky Monastery keeps curious relics. There is an ancient wooden cross with eight ends. His upholstery is gilded silver, and this object dates back to the beginning of the XV century. They also have a list with the legendary Lydda icon, which is considered not made by hands, of divine origin. The Salega Banner of Protection, depicting the Archangel Michael together with Joshua, is also interesting.

The complex of the monastery consists of four churches and, of course, the Cathedral of Boris and Gleb. Also within its boundaries you will find a museum-branch of the state reserve “Rostov Kremlin”. It is worth visiting the monastery at least because its appearance better than others conveys the development of antiquity.

“The monastery clearly needs restoration. But what kind of energy is inside!”

The Finifti Museum and the gallery of this unusual art will amaze you with their beauty. What is finift? This strange word means a kind of applied art, when with the help of fine glass powder and enamels on a substrate of metal, various ornaments and paintings are made. The shape can be any, ranging from a standard rectangular canvas, ending with figurines, souvenirs.

The discoverer of this craft is considered to be the Frenchman Jean Tuten, who in the year 1632 learned to use finift. Since then, the city of Rostov is famous for its enamel products. He owns one of the largest finift factories. The production uses metals copper, brass and its alloys.

To see such curiosities, and buy yourself a couple of gifts in the museum store, you will need to go to the Borisoglebskoe highway. Excursions and master classes are held regularly.

“Eyes run away, so many different jewelry, jewelry. The tour is small but cute.”

And of course, the main attraction of Rostov the Great is the Assumption Cathedral. To miss it while traveling is simply unacceptable! Located near the Kremlin, it is separated by a low fence. Five domes, a separate belfry, added later – it is made of brick with the addition of white stone on the plinth.

The entrance is through the Holy Arch. Assumption Cathedral has a large number of decorative elements. Inside there is an iconostasis made in the Baroque style. Paintings in the cathedral and various paintings are mentioned in the annals, but a significant part of them was destroyed by fire. But during the restoration, frescoes were found lying behind the outer layer of the finish.

In the belfry of the cathedral there are huge bells, a total of 15 pieces. The largest of them weighs about two thousand pounds. This belfry has four tiers, and four heads have domes. Naturally, its ringing can be heard for many kilometers around.

“Majestic, strict. Unfortunately, the restoration is still ongoing. But even in this state, it is simply breathtaking.”

If you want to immerse yourself in the setting of ancient Russia, it is difficult to find a more suitable city. This place is rich in its architecture – the Rostov Kremlin, the Assumption Cathedral and ancient monasteries. Everywhere there are domes of temples, and around stretches beautiful and pure nature. It is best to come to Rostov in spring and summer, away from the cold. 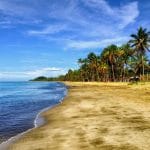