The Hotel made of snow and ice, or in other words, the Ice Hotel, is a great place for fans of extreme sports. Recommended to all who are tired of a comfortable rest in the warmth and on a soft couch.

An unusual idea to build such a hotel has been implemented in many countries: Norway, Finland, Romania, Canada. Quite successful from a commercial point of view – after all, no materials other than snow and ice are required for construction. In such hotels there is no heating and hot water, and in general there is a lot of things, but tourists from this, as it turned out, only increases.

Today, the Ice Hotel in Sweden is about 60 rooms built purely out of snow and ice for the period from December to April. Everything inside except the beds is icy too, even the dishes. There are many ice sculptures in the lobby and in the rooms.

From here a beautiful hall with columns and arches is in front of tourists’ eyes.

At the bar everyone can try a variety of vodka cocktails. I think that in such an environment the proverbial “100 grams” would not do any harm.

The rooms at the hotel are quite varied. It can be as simple as a simple Snow Room or an Art Room filled with icy works of art. There are Retro and Art Deco, Standard and Suite rooms. All rooms feature graceful, subtle lighting that enhances the beauty of the furniture and sculptures.

Every year at the beginning of January, anyone can take a look at the sculptors working on the creation of this beautiful structure. Every year the Ice Hotel is changed and updated according to the latest fashions. And indeed, its design is outrageously stylish.

Another issue is the preservation of good health in tourists spending more than a few hours in such a shelter. The indoor temperature is between -5 and -8 degrees Celsius. It’s chilly, you know. Fortunately, the hotel has such a service as a morning sauna. It’s probably what saves frozen hikers from ultimate icing. Warm sleeping bags are also provided

In general, the Ice Hotel can be described as a very large-scale art project, which attracts not only tourists but also art lovers. I only wish such beauty would never melt. 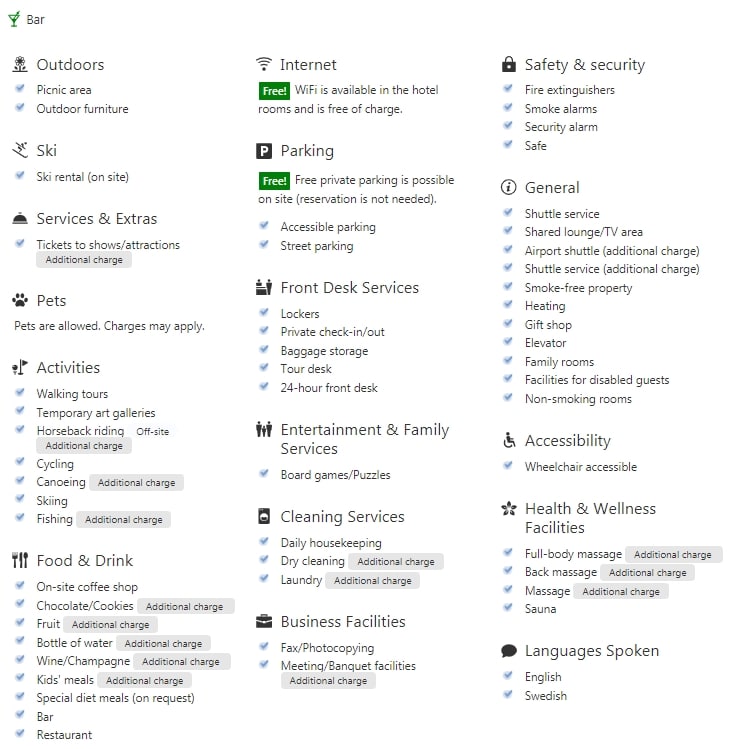